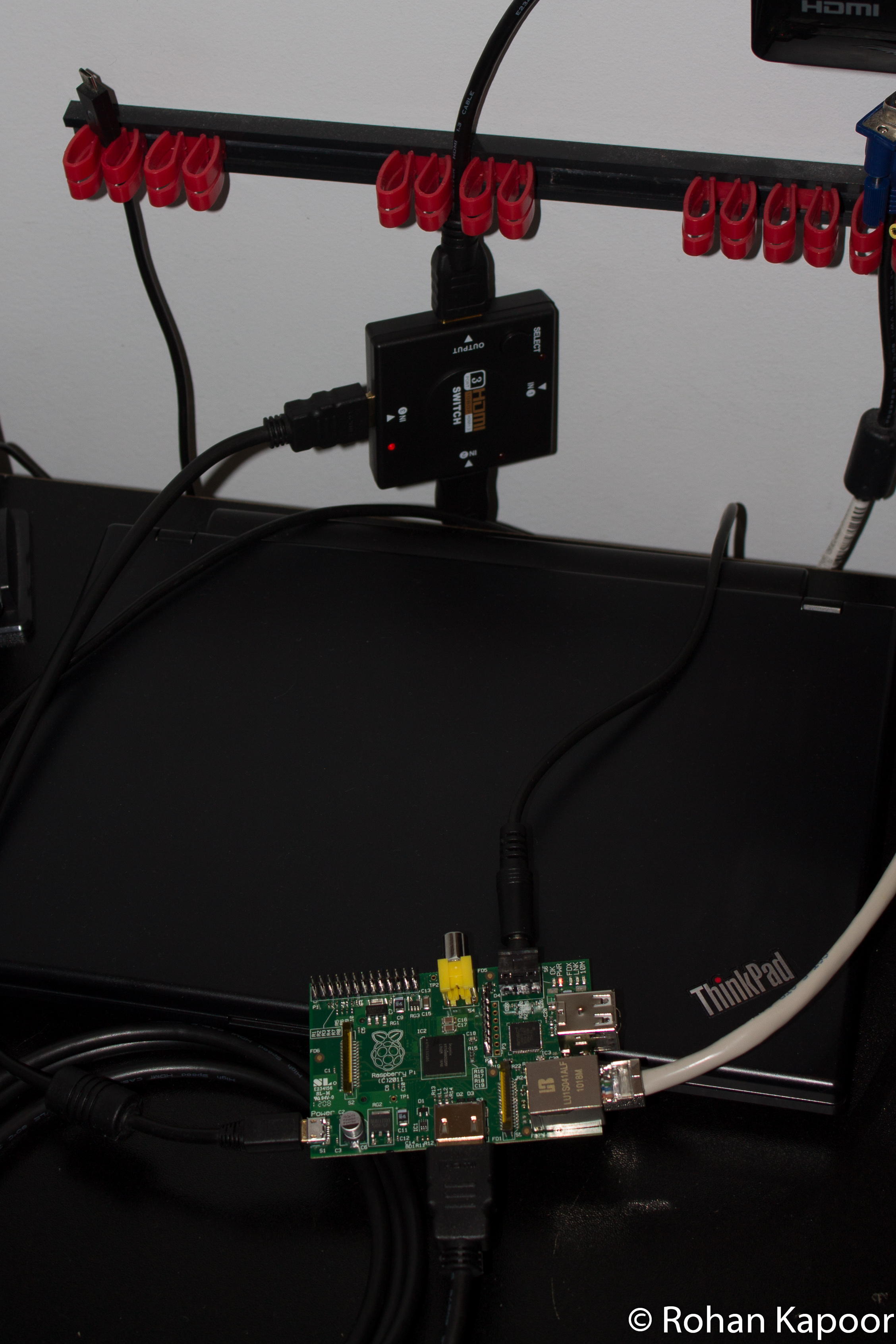 A slightly zoomed out version of the last picture, showing both the Raspberry Pi and the Mini HDMI Switch. Note the Lenovo Thinkpad x120e being used a Raspberry Pi Stand.