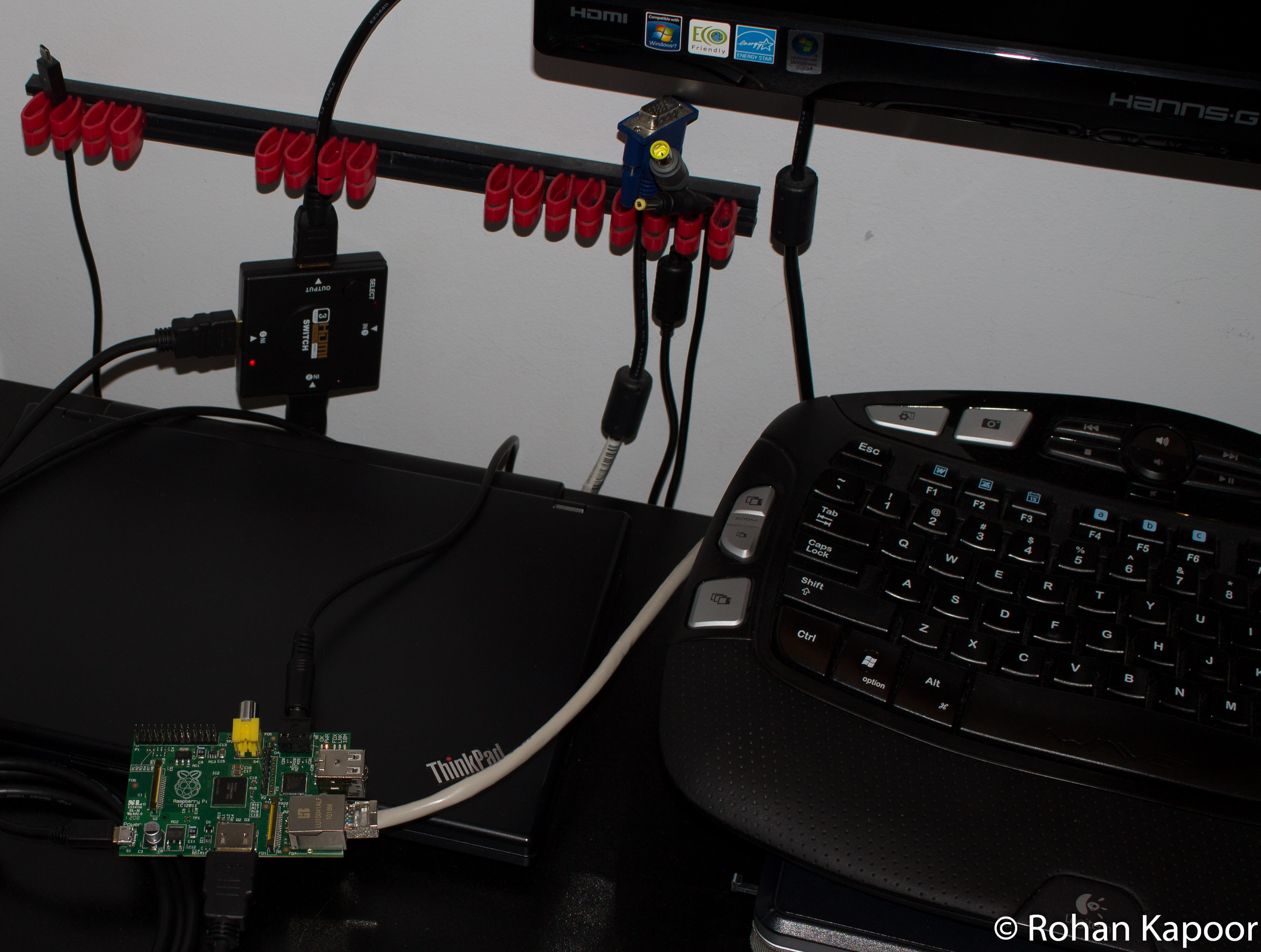 A further zoomed out version of the last picture showing the Raspberry Pi connected up. My Hanns.G 20" monitor is just visible in the top right corner as is my Logitech K350 keyboard in the bottom right.